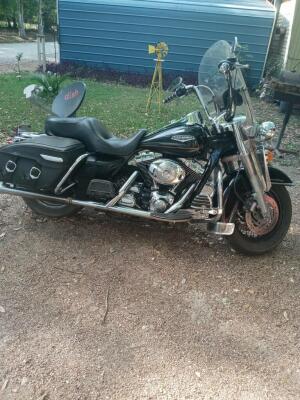 Friends call Everett “Big E”. Everett worked in the oilfields and spent time working overseas in the oil business where he got to see many different countries. He enjoyed being in BBQ cook-offs with his best friend Mr. Gene. He could be found hanging out at Country Corner enjoying visiting with his friends or taking a ride on his motorcycle which was his pride and joy.

Everett leaves behind to cherish his memory his wife Carla Jones who he was with for 17 years; daughters; Tiffany Jones of Bay City, Taylor Jones of Texas City, Traci Jones of Bay City, Tara Rudolph (Mario) of Lake Jackson; step-children, Paul Romero of Blessing, Chris Romero of  Pierce, Amanda Torres of El Campo, Maranda Torres (joe) of El Campo; 19 grandchildren, 4 great grandchildren and 2 on the way; sister, Peggy Ragford (David); and last but not least Max Jones and Bear Jones his 2 big dogs which were his best friends next to Gene and Mike. He was preceded in death by his parents, Thomas and Sue Jahns and brothers Gerry Jones and Michael Jahns.

To send flowers to the family or plant a tree in memory of Everett, please visit our floral store.