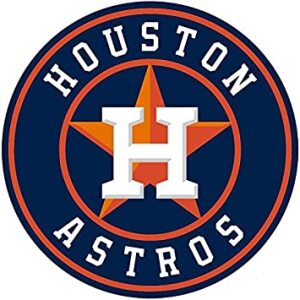 Dorothy Jane Brown, 95 years young, went peacefully home to be with the Lord on Saturday, April 16, in El Campo. Dorothy was born on July 31, 1926, in Waller, TX, to the late Lois Franklin and Loma Hakemack Bonner.

Dorothy graduated from the Lydia Houston Beauty School in 1946. She married Robert W. Brown, Jr. soon after and became a lifelong housewife/homemaker. Robert, a WWII veteran, preceded her in death on January 4, 1998. In addition to her husband and parents, she was also preceded in death by her infant brother, Jack Edward Bonner, brother, James Bonner, daughter, Linda Krpec, son, Ronnie Brown, and numerous cousins, and in-laws from the Greatest Generation era.

Dorothy was an avid Houston Astros fan, keeping score of every game until just a few years ago as her health declined. She was also extremely knowledgeable concerning chickens, laundry (and the correct way to hang clothes out on a line), recognizing a thunderstorm that might interfere with those clothes, cooking, baking, and many skills she honed as a ranchwife and mother.  She adored all children and despised anyone who would harm one.

Relatives and friends are invited to attend Dorothy’s visitation from 5-7:00 p.m. on Friday, April 22, at Wheeler Funeral Home, 612 W. Jackson, El Campo, TX. A celebration of life service, Pastor James White officiating, will be held at 11 a.m. on Saturday, April 23, at First Christian Church of El Campo, 205 W. West St., El Campo, TX.  Guests are encouraged to wear shades of pink, purple, and lavender, Dorothy’s favorite colors, or Astros’ orange and blue. In lieu of flowers, donations may be made to El Campo Manna Meals, 500 Foerster, El Campo, TX 77437. Services are under the direction of Wheeler Funeral Home.

To send flowers to the family or plant a tree in memory of Dorothy, please visit our floral store.