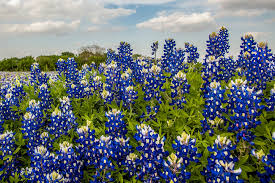 Jeanne grew up on a farm near Floresville, TX, attended Fairview School, then attended University of San Marcos in San Antonio, TX. After earning her bachelor’s degree, she began teaching elementary school in Runge, TX where she met and dated Olen in Harlingen. During college she became best of friends with Sue Chaffin, Dana Ray Owens and Liz Holloway, who continued life-time friendship.

Olen and Jeanne married and lived in Corpus Christi, TX where Olen was a homebuilder and they were active members of the First Methodist Church. Jeanne was also a member of Delta Kappa Gamma Society of Women Teachers and The Civitan Club. They adopted Wayne, then Cindy, 5 years later and in 1963 transferred to New Orleans to expand the homebuilding business. Jeanne taught second grade in public schools, learned to oil paint, play piano, and was an excellent seamstress. They were active members of Aurora Methodist Church and made many wonderful friendships. They enjoyed exploring the old plantations along the Mississippi River and uniting with family at reunions.

Jeanne eventually pursued her master’s degree in Elementary Education at Loyola University.  After living several years in New Orleans, they moved back to Texas. They worked in El Campo several years and after Olen’s passing, Jeanne retired from teaching and went to New Braunfels, TX. Getting involved with senior activities she made new and enduring friendships, enjoyed playing bridge, and traveled many places in the US as well as most of Europe. As an avid reader she read the collections of Zane Gray and Louis L’ Amour to name a few, and never missed a Hallmark movie. She enjoyed planting flowers, working in the yard, driving to visit family, and riding in the countryside to see the Bluebonnets in bloom.

Jeanne was very adept at keeping in touch with family and friends as she was always interested in what everyone was doing. She had many nieces and nephews too numerous to name, loved them all and thought of them often. She was very proud of her grandchildren, often investing in their interests and education, was also delighted in having three great-grandchildren. We nick-named her the "Texas Roadrunner" as she did love to ride and explore the highways, not thinking twice about driving to Mississippi to visit when still able to do so.

Much appreciation to the dedicated staff of Bedford Care Center during these extraordinary times.
To honor her memory, you can support education at any level and advocate for those with Alzheimer's.

To send flowers to the family or plant a tree in memory of Barbara "Jeanne" Freese, please visit our floral store.